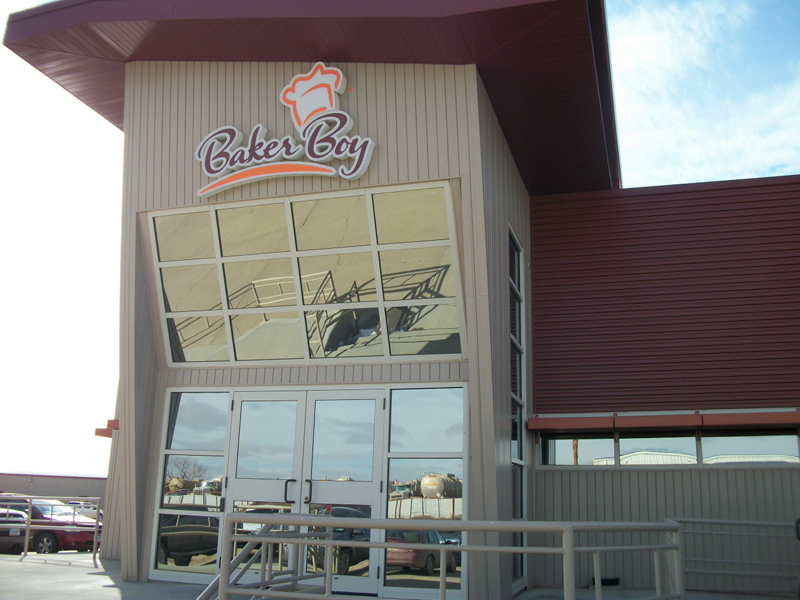 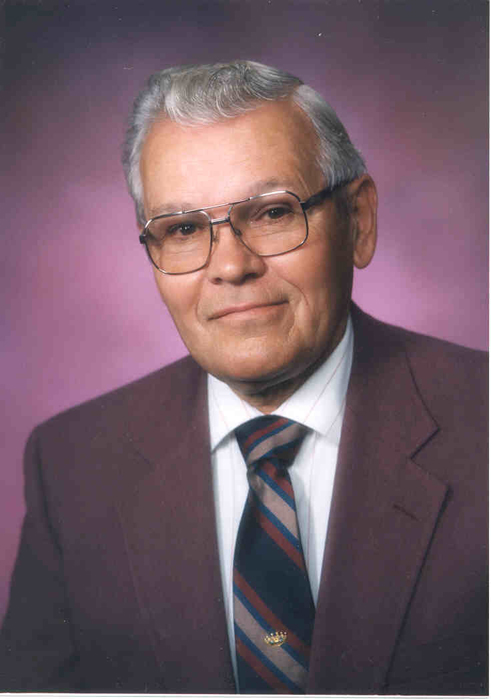 “Skilled Navy bakers turn out some of the swellest bread and pies you ever tasted.”

This is a line written in a 1942 World War II Navy recruitment brochure titled, Men Make The Navy – The Navy Makes Men. One of the many service men in the Navy during WW II producing these fine baked goods included, Marvin Moos, from the small town of New Salem, North Dakota. The brochure was right. Marvin’s baked goods were “swell.” In fact, they would become the key to his success after the war. Following his military service, Marvin attended Dunwoody’s Institute in Minneapolis where he studied baking. Once he had perfected his skills and gained more experience by working at various bakeries, Marvin opened his own bake shop in 1955 in Hebron, North Dakota.

This would be just the beginning of a very successful future for the popular company known today as Baker Boy.

After two years of owning and operating the first Baker Boy in Hebron, Marvin and his family relocated the business to Dickinson, North Dakota. Baker Boy boomed in its new location. The business branched into other related businesses including: a Diner in a local shopping mall, a Pizza House, and a Café. In 1968, Marvin’s son Guy starting working at Baker Boy while still in school. He would later become the manager of the Pizza House, and in 1984 the General Manager. In 1975, Baker Boy also formed a donut specialty shop named, The Donut Hole.

In 1979, Marvin and his son, Guy, made a decision to build a central commissary to produce frozen donut dough and make it available to the franchises. They began with three full-time employees and worked out of a 3,000 square foot location and sold products within a 20 mile radius. Demand for their products rose quickly, their company grew, and their customer base expanded. To keep up with consumer demand, Baker Boy uses some very specialized machinery to create products that resemble homemade goods in both look and taste.

In 2004, Marvin Moos passed away. He would be greatly missed and always remembered by community members and his dedicated team. Guy worked to make sure that Baker Boy continued to operate under his father’s company values and promoted growth. 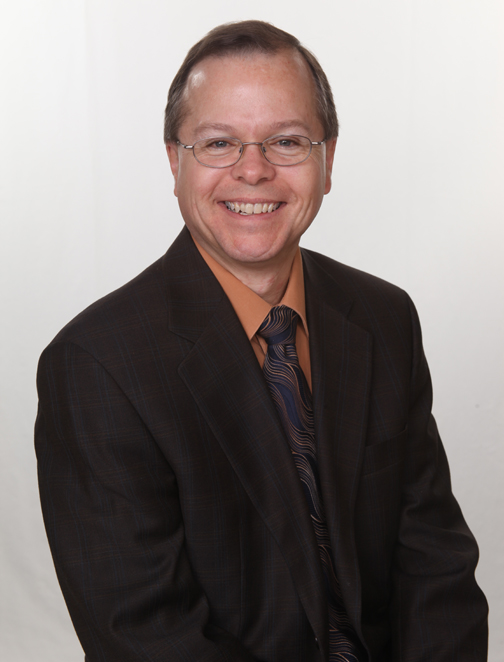 Marvin’s son, Guy Moos, who took over the business

“His time tested recipes and passion guide us each day as we make these special products that are sold to your favorite restaurant, school, resort, grocery store and amusement park,” Guy said.

By 2011, the company was housed in an 85,000 square foot complex with capabilities of producing 35,000 cases of product each week. That year, Guy used an SBA 504 loan through Dakota Certified Development Corporation (now Dakota Business Lending) in partnership with Wells Fargo Bank in order to fund a large expansion of their manufacturing space. The goal for this project was to increase the physical size of the building to increase production of premium breads and rolls and to increase donut production capabilities. The additional space allowed them to go from producing 18,000 dozen donuts per hour to 36,000 dozen donuts per hour. Guy considered it heartwarming to see how Wells Fargo and Dakota CDC (now Dakota Business Lending) worked together to take care of Baker Boy’s needs.

Today, Baker Boy’s customer base consists of: in-store bakeries in some supermarkets, foodservice customers like restaurants and convenience stores, and other manufacturers. They even supply the buns for one of our success story borrowers, JL Beers. They are known for their exceptionally quick service and quality products. It is safe to say that with the help from a committed team, Guy was able to follow in his father’s footsteps and continue to fulfill his vision. 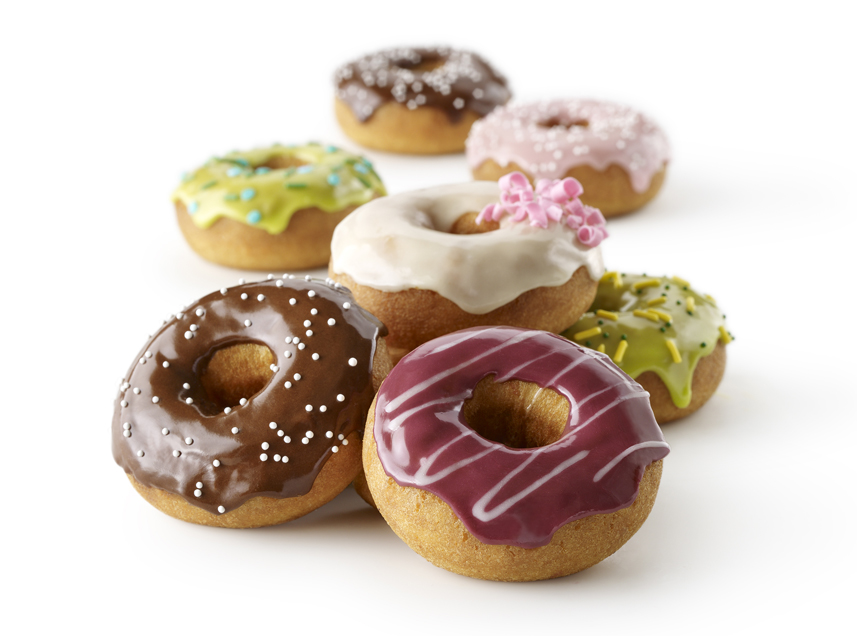 “The baking industry is one of the oldest crafts in the world.” Guy said, “We bring smiles to millions of people each day with wonderful breads, decadent desserts, and those special treats that start a great day; donuts.”

Baker Boy has come a long way since its inception in 1955. The Moos family has ensured that the company remains grounded in its core values; one of these involves giving back to the community. Baker Boy supports United Way, matching every dollar contributed by their employees. They also sponsor multiple social causes including Relay for Life and the Great American Bike Race. They also support education by providing scholarships for Dickinson State University. They give monetary donations to support community development, for example, building funds to the Badlands Activities Center and the West River Community Center, just to name a few. Their ingredients are also mostly bought from regional companies to support local business. Guy notes that many people have been instrumental in Baker Boy’s overall success.

“The Dickinson area has been good to Baker Boy and my family.”

Find Baker Boy’s products at your local restaurants, schools, bakeries and convenience stores and find out more about their products on their website.